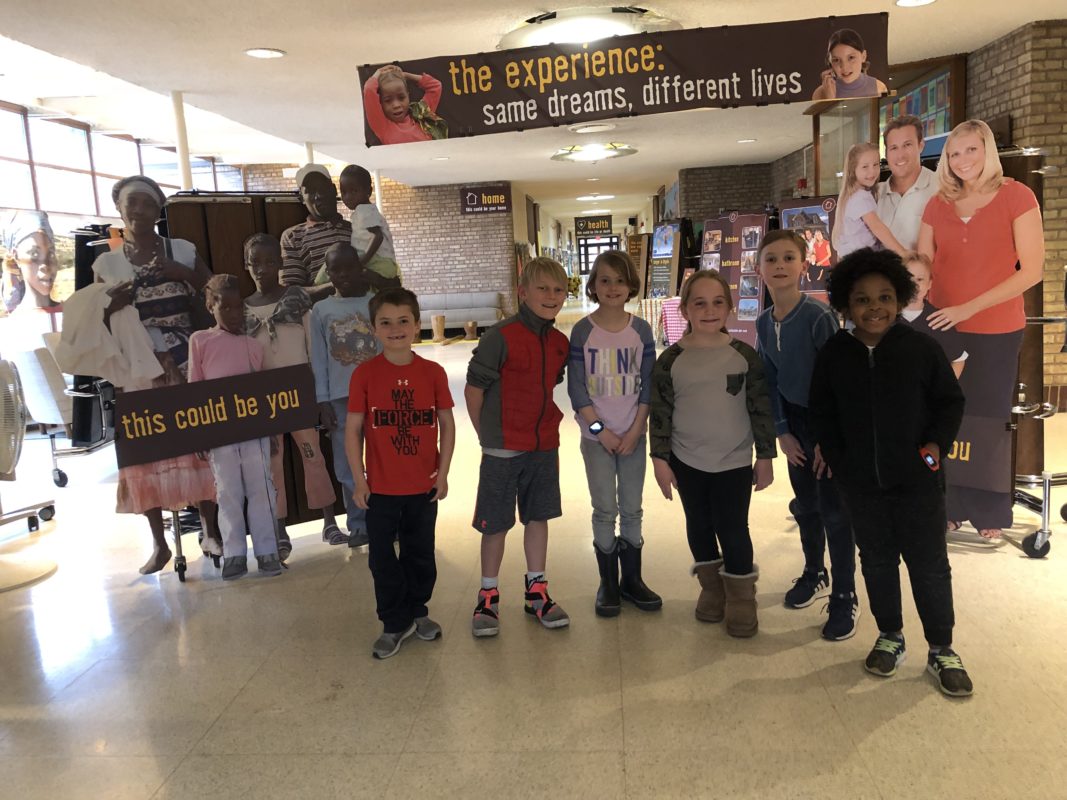 Crow Island Elementary School students and parents learned about the similarities and differences between their lives and those of children in Angola during “The Angola Experience.” Fourth graders did a great job helping to set up and facilitate the event.