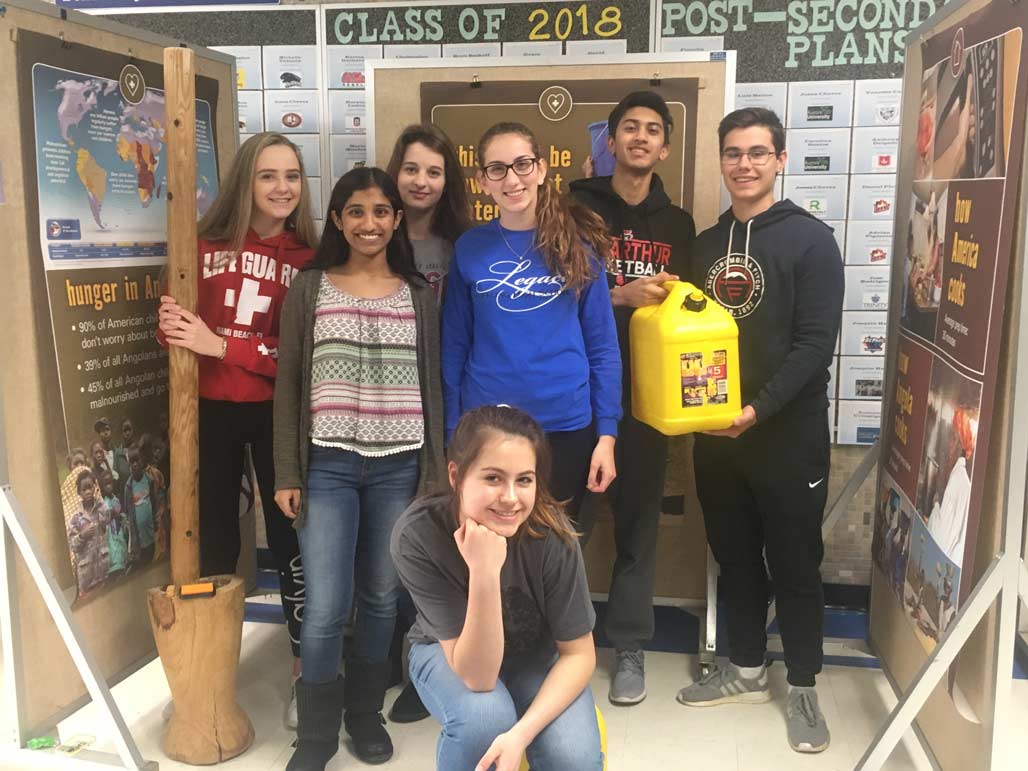 Wheeling High School’s Interact with Africa Club once again hosted Walk through Africa, an interactive experience designed to teach other students about the similarities and differences of Wheeling students and Angolan students. The members of the Interact with Africa Club learn about Angola and then design presentations to share with other students during passing periods and lunch in the hallway. Each presentation area has posters displaying statistics about life in the United States and in Angola. The club hopes to both educate and raise funds for RISE schools. Each student who participated in the Walk through Africa received a handout highlighting the areas of the presentation and learned about the various aspects of life in Angola: Food and Water, Education and Home Life. In the Education area, students were shown typical school supplies in Angola (a notepad and pencil) and then a package of a US student’s supplies showing crayons, markers, binders, notepads, pens, pencils, scissors, glue and more. In the Home Life area, students had the chance to carry water jugs and see the chores and responsibilities of a typical Angolan student. And, in the Food and Water section, students learned about malnutrition and the realities of not having clean water. We are grateful to Wheeling High School and all schools that work with us to raise awareness about how education improves health and empowers children. If you want to get your school involved, learn more here!