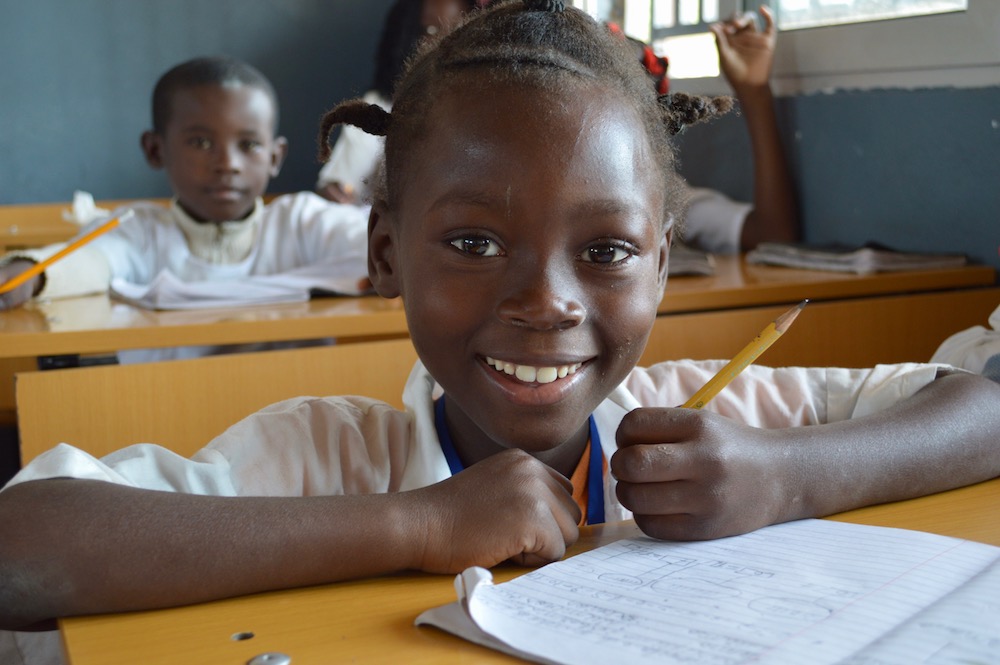 We arrived home Saturday afternoon after another good and productive trip. Travel to Angola is long, there were multiple delays resulting in missed flights, and though we arrived in Luanda our luggage did not. Delayed baggage does not get delivered in Angola, but requires that you or someone you officially designate, go to the airport to pick it up. Arriving on the next flight two days later, our bags were picked up by incredible friends (who have saved us many times in complex situations over the years), given to someone from RISE Angola who happened to be in Luanda for the day, and flown to Benguela where we were. Angola is a difficult country to navigate even with the wisdom and help of local friends and connections!

This is the dry season in Angola, illuminating a different beauty than that of the rainy season. Tall shoots of brown grass line the roads; warm breezes carry the dust over the vast landscapes. The economy continues to suffer – high inflation, devaluation of the local currency, limited materials which are available one day and not the next. Our teams do an incredible job in very challenging circumstances. Building teams live on the site, in tin “chapa” rooms, sleeping on foam mats under mosquito nets or in small tents. They are very grateful for jobs…a ripple effect of building schools.

We visited amazing schools under construction, several completed and awaiting dedication, and some in which kids are in class and learning is taking place! Our first days were spent at Gama, where 12 classrooms started by the community were completed by RISE, and dedicated May 29th. The government will provide desks and chalkboards, but as they do not yet have them, kids arrive with their own chair or stool, and the classrooms are being used! The Principal and Vice Principal are wonderfully supportive, and expressed their gratitude and that of the community, as they “never dreamt they would receive such an incredible gift.”

Tracking the enrollment and attendance data is a significant component of the project. Rachel, and Caleb, one of the M&E team members in Angola, went from classroom to classroom, both in the morning and afternoon sessions, explained the process, and handed out forms to be completed and returned the next day. The kids carefully put the form in their notebook as instructed. Rachel and Caleb returned to each class, collecting and reviewing the forms proudly handed to them by the children. The form data is verified against class lists, then entered into our database – a detailed and tedious process, which provides valuable information on the students and their families. There are over 2500 kids at Gama, meaning about half are in the new classrooms, some are in mud-block rooms that will remain, and many are in temporary tin structures and under trees. Given the need, RISE approved the construction of 8 more classrooms, the foundation was laid out, and construction began!

Upon arrival at Cambanda, a 15-classroom school dedicated in July 2018, we found hundreds of kids in class. The 4th graders were in gym (which is not the norm) – playing soccer, running relay races, and participating in group games. One in which two kids were blindfolded in the center kicking, as students in the circle around them shouted directions until one of them hits the cardboard box, and the cheering explodes. The principal is inspiring and effective, and the school is well-run, clean, orderly, and working beautifully.

Three RISE schools in Huambo are in poor neighborhoods, in which the one lane “road” winds between curved mud-block walls on both sides, metal gates open to homes, and small “shops” sell fruits, vegetables, soap, oil, and dried fish. Getting trucks to these sites can be impossible, meaning materials must be carried by hand. Fatima, a community longing for education for their children, contributed money to begin construction of 12 classrooms. RISE is partnering to complete them, and renovate an additional 8 on the site. Kids in temporary classrooms watched in fascination. We arrived to meet the building team, so Adriano could go over the plans…and as they were measuring and discussing the details, a truckload of sand was delivered; another with scaffolding, tools, and sleeping mats for the team; a goat on a motorcycle; a truckload of cement…and the work began.

An hour inland on a rutted, dirt road, we reached Denda to find students in their white batas (school uniforms) lined up, singing and clapping in welcome. Parents, teachers, and community leaders joined the children to express joy and immense gratitude for the school, and gave us bananas, beans, tangerines, avocados and a goat in thanks!

Our last day was spent at Njele, a school dedicated a year ago, where over 800 students are in new classrooms, and 1200 more kids still long for one. The principal and teachers are dedicated and grateful beyond words. Students shared that they like the quiet of the classroom where they can concentrate without distraction, that they don’t have to carry chairs from their homes, and that even if it is raining, they don’t get wet. One 5th grader added, “…we like your work, and ask that you please continue. Thank you!”

Through your generosity, multiplied by our partnership with Educate A Child and the ExxonMobil Foundation, 10 schools have been completed, and 10 more are under construction in less than two years, with the start of 5 – 6 more projected by the end of the year! Thousands of kids will have the chance to go to school, and yet there are over 2 million kids without access to primary education…and I am stirred to continue to work together to give more kids that opportunity. Thanks for your part in making a tangible difference in the lives of others!